The joint ASEAN Declaration on Cruise Tourism led by Singapore, the ASEAN lead coordinator for cruise development, was officially endorsed at the ASEAN Tourism Forum 2018 in Chiang Mai, Thailand, yesterday. Plans for the Declaration were first laid at the ASEAN Tourism Forum 2017 in Singapore. Its official adoption a year later marks another milestone in ASEAN’s ongoing efforts to transform Southeast Asia into a vibrant cruising destination.

The Declaration also outlines ASEAN’s commitment to further develop cruise tourism in the region by improving the clarity of cruise policies and regulations, efficiency in administration processes, as well as refining business practices to be fairer and more responsible. Please refer to Annex A for the full Declaration.

“Singapore is proud to announce that the ASEAN states’ collective efforts to develop the ASEAN Declaration for Cruise Tourism have borne fruit. This builds on our previous work such as the inaugural ATF Cruise Dilogue last year and the launch of the Cruise Southeast Asia brand in 2016. It also marks the first major economic deliverable undertaken by Singapore since we assumed the ASEAN Chairmanship for 2018. This will deepen regional connectivity and position ASEAN as a region for seamless economic activity and growing opportunities. We look forward to bringing meaningful benefits to ASEAN businesses and citizens,” said Ms Sim Ann, Senior Minister of State, Ministry of Trade and Industry.

The Declaration takes ASEAN a step closer towards achieving its vision of becoming a thriving cruise hub, expanding connectivity within Southeast Asia and driving strong economic contribution to new port-of-calls and their communities. A rise in cruise tourism is expected to spur further advancements in port and destination infrastructure, catalyse ship deployments and spin off benefits for local tourism industries and stakeholders across the region. With these developments, the region has the potential to generate growth of up to 4.5 million passengers cruising in Southeast Asia by 20351, a ten-fold increase from 2016. Please refer to Annex B for more information.

Singapore has much to gain from the increased visitor footfall and spend. The Republic has already built up a strong reputation among travellers as the region’s leading cruising gateway due to its strategic location, modern infrastructure, and unparalleled air connectivity to Asia-Pacific and the world.

Singapore’s cruise industry has also enjoyed robust growth in recent years: 411 cruise ships called at its ports in 2016, and the country logged a passenger throughput of about 1.2 million in the same year. A recent study by the Singapore Tourism Board (STB) found that the cruise industry contributed S$706 million in direct spend to Singapore’s economy in 2016, an increase of about 36% from 20102.

“The future of cruise tourism for both Singapore and the South-east Asian region is bright, with strong potential for growth. Cruise development needs to be a concerted regional effort and Singapore will continue to actively engage with our ASEAN counterparts to encourage regional cruise development, and jointly promote Southeast Asia as a cruising playground for the world,” said Mr Lionel Yeo, Chief Executive, STB. 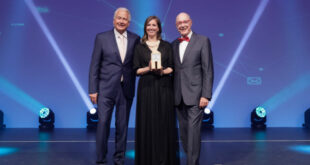