South Korea has won the bid to host the next International Diabetes Federation (IDF) Congress, which is expected to welcome 10,000 foreign participants.  The IDF congress is the largest academic fair related to diabetes in the world, and up to 15,000 people are expected to attend the event, which is scheduled to be held at the Busan Exhibition & Convention Center from December 2-6, 2019.

Preparation for the successful bid win was a process several years in the making.  Korea Tourism Organization began its efforts in 2013, and submitted a bid proposal to the IDF last year.  They also assisted with site inspections of Busan by IDF delegates.

Korea Tourism Organization Vice-President of International Tourism Min Min-hong said, “We hope this bid win has a positive impact on the minds of event planners, and helps to continue to grow confidence in our meetings

The Korean government has long since recognized its meetings industry as a key economic driver for growth.  The upcoming 2019 IDF Congress is expected to incur 63.7 billion won (US$58.29 million) worth of production and create some 660 new jobs.

The International Diabetes Federation is based in Brussels, and was founded in 1950 as a nonprofit organization seeking to increase awareness of diabetes and to promote care, prevention and cure of the disease. It has hundreds of member organizations from some 170 countries. 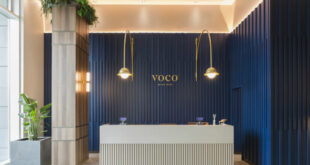